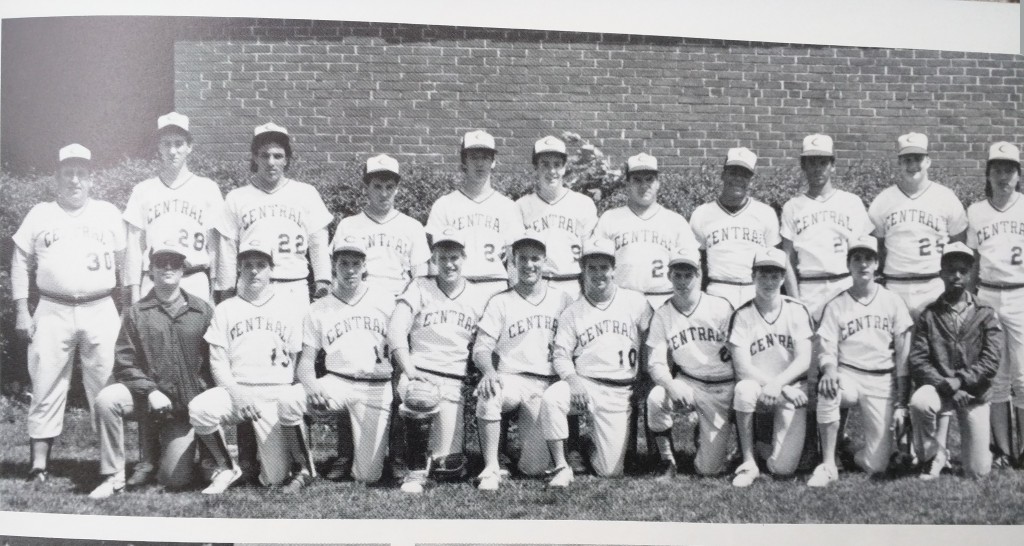 Hey, former baseball Lancers: Remember how you felt putting on those crimson and gold uniforms and gloves, representing Central on the field at Ogontz and Somerville and all around the city?

Well, you may be a little older and a little slower, but no less fond of your alma mater or those playing days, right?

Michael Monroe (247) knows how you feel. “We had a very talented group of guys during my era, making it to the Public League Championship in 1986 and 1988, but unfortunately never came away with the win or a split C, but a ton of great memories,” said the former pitcher and first baseman.

Mike got to talking to current Central baseball coach Rich Weiss at the Thanksgiving game this past November after Mike had noticed a posting of Coach Weiss’s on Facebook about getting up an alumni game.

“I thought it was a great idea on many levels,” said Mike. The two of them kept in touch, spoke to other alumni and are now ready to set their plans in motion. For reasons of nostalgia, and, to be frank, upkeep in these times of school-budget-roulette, they’re throwing an alumni baseball game at Central’s field on June 11. Proceeds will benefit the school’s baseball program.

“I’m not the first or the last person to say this, but Central is a special place and I just want to be able to give back in some small way,” said the 1988 grad. “Baseball was a huge part of my high-school experience and given the budget issues that the school district is facing, if we can help raise some money to help the baseball program in some way then let’s do it.

“Selfishly, if this all comes together then I get to play another baseball game on Central’s field with some of my closest friends for the first time in 28 years. ”

Here are the details:

Hoagies and family fun after the game.

All forms and payment need to be submitted by May 4 to allow time for jersey personalization. Here is the registration form and waiver of release from liability. alumgameform (1)

Coach Weiss can be reached at rweiss@philasd.org and Mike can be reached at mkmonroe44@gmail.com. The two are trying to build up an alumni baseball database. Please check out the baseball team’s Facebook page–and start loosening up for the game.